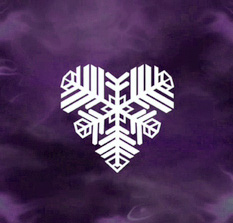 Together with Haunted House we developed the projection – which became highly appreciated by the citizens of Östersund.